This LJ exists only for the sole purpose of BigBang Art Master posts.
If you are curious about my other doodles and stuffs, you can find them here :)
http://weekendship.tumblr.com 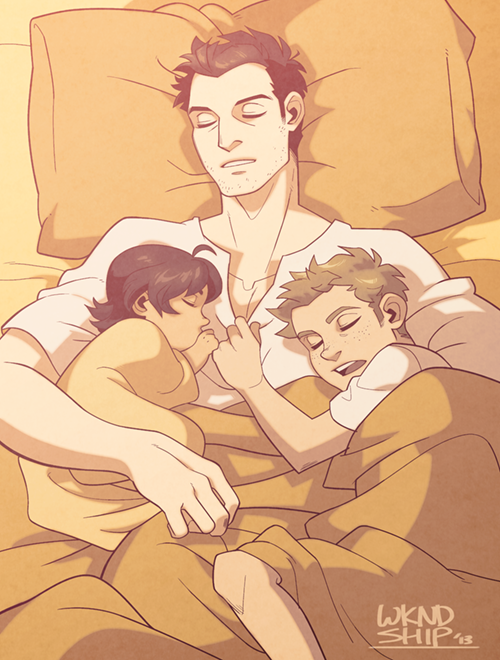 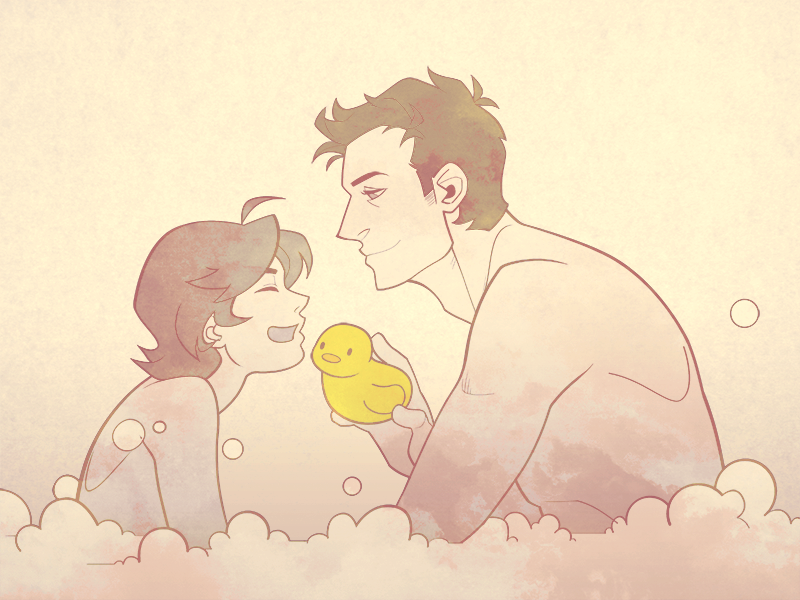 trickylady
PAIRING: Sam/Cas/Dean
RATING: R/Explicit?
WARNINGS: H/C, pseudo-incest, child-parent relationships, sibling relationships, slash.
GENRE: fantasy, sci-fi, domestic, AU, romance.
SUMMARY: Castiel’s job is to collect lost capsules and put the tracking number in the system so he can return them to their parents. He finds one without a tracking number, and decides to keep it. He finds another two years later, and does the same. Both of his adopted sons grow very fond of him.
A/N: for the Wincestiel Big Bang 2013; and also for prompt 6 of my “Quote” table of Mission Insane (However beautiful the strategy, you should occasionally look at the results – Winston Churchill). Title from Richard Siken’s poem “Litany in Which Certain Things Are Crossed Out.”
Fic Master post [x]
Art Master Post [x] 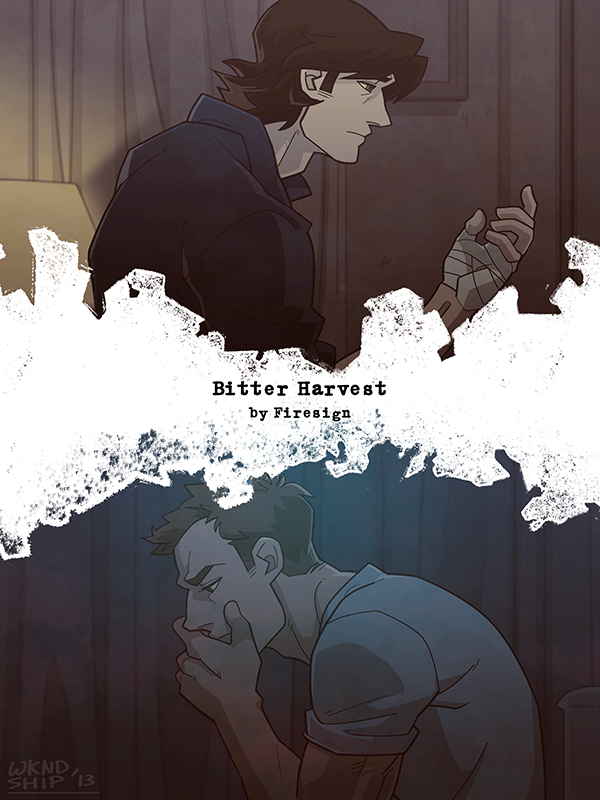 firesign10
Pairing: Sam/Dean, Sam/Michael, Dean/OFC
Rating: NC-17
Summary: The Winchesters are hunters and brothers . . . and that's all. Dean abruptly ended their deeper relationship some years ago, much to Sam's confusion and dismay. They've since made an uneasy peace with each other, continuing to hunt as a team. A chance encounter with someone from their past causes underlying tensions to come to a head. Sam and Dean have to deal with old choices, and make some new ones.
Warnings: Mostly just angst. Cursing, crude talk about sex, a little fooling around, Dean's hook-up as recalled the next morning. 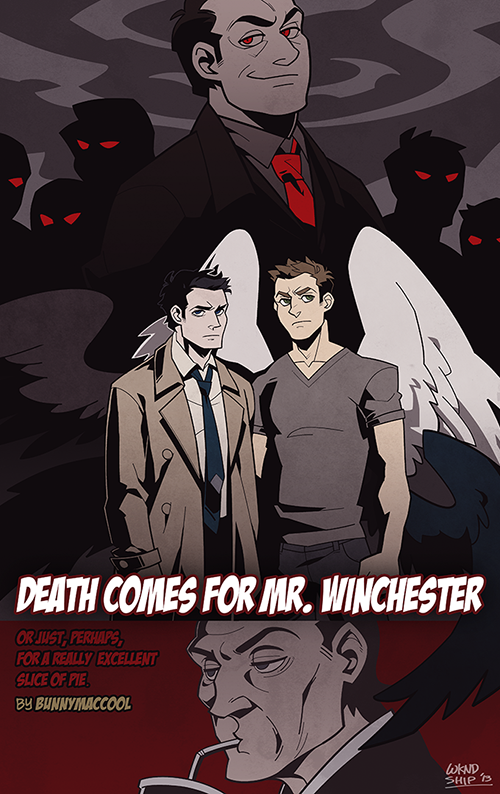 Pairing(s): Dean/Cas, Sam/Gabriel pre-slash
Rating: NC-17 - for language and sexual situations
Warnings: fighting, violence, sex, a little angst, a snippet of wing!kink
Summary: SEASON 6 AU - Dean was pretty used to weird shit happening to him by now. Really, after you've been used as a weapon for God, saved the world, died, come back and then been told by the Almighty himself that the future of Heaven is in your hands ... what can really surprise you anymore? Okay, so ... maybe the two massive sets of wings he's recently acquired shocked him a bit. And early morning visits from the horseman of Death can be a tad off-putting. He really didn't foresee the Gabriel lusting after Sammy issue before it smacked him in the face, either. Then of course, Crowley suddenly being able to control Death's reapers kinda sucks, as does his perpetual boner for trying to snuff Dean from existence. So yeah. Basically he's pretty screwed. Although visiting the Texas State Fair was fun. (Even if it was in 1982. And he was with Death.) But hey, the corn-dogs were freaking delicious, so ... bonus!!!
Fic Master Post [x]
Art Master Post [x] 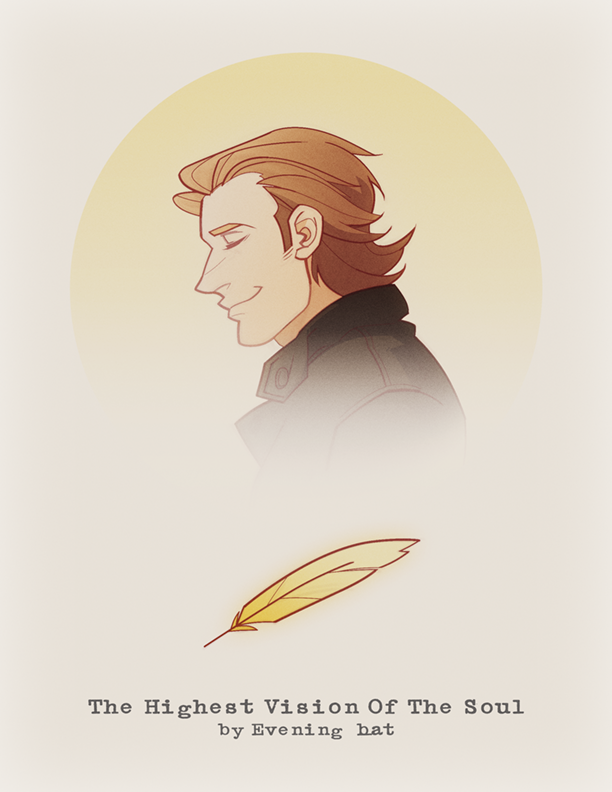 Pairing: hinted Dean/Gabriel
Rating: R
Warnings: Canon character death, lots of swearing, mention of adult situations
Summary: Dean was no stranger to regrets, but he'd never expected to have this much trouble accepting the death of an irreverent, absentee archangel. Then again, it’d be a lot easier if he didn’t keep tripping over reminders of Gabriel all the freaking time. Or if he could stop dreaming about him.
Fic Master Post [x]
Art Master Post [x] 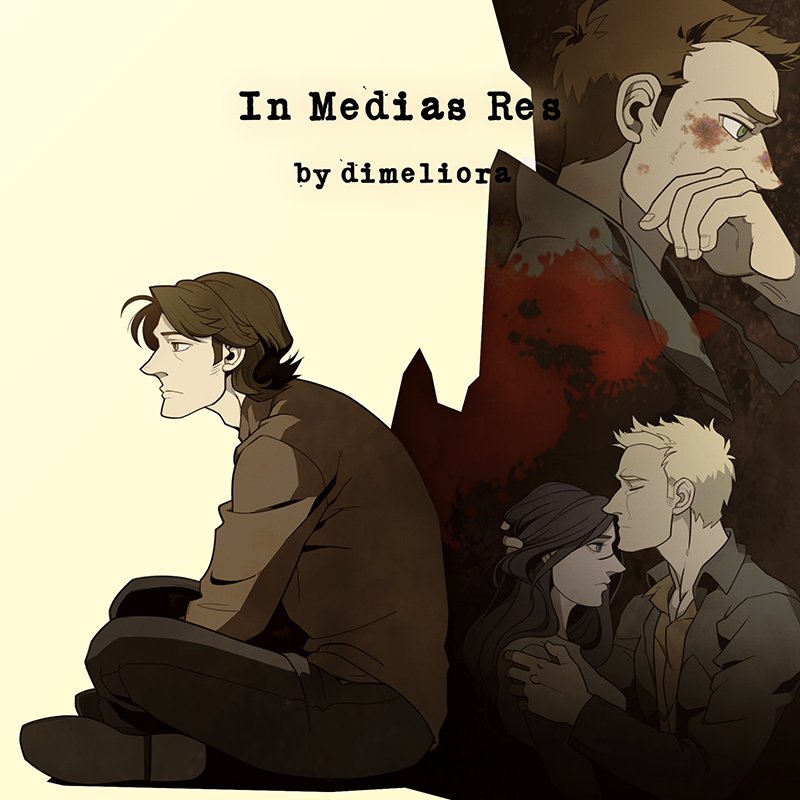 Pairing(s): Sam/Dean, OFC/OMC
Rating: NC-17
Summary: Dean wakes a day after dying with no memories of Hell, and no idea what has happened. His only clues are a catatonic Sam, and whatever his brother was doing when they were separated. Written for the spnslashbigbang.
Fic master post [x]
Art master post [x]